The second pattern I'm featuring for February (because I didn't think of the idea in time to do one for January) is the Flat Foot Floogie. While this pattern is fairly recent (published last February) it tends to get overlooked because it's quite different from my other patterns. However, the people who have added projects to Ravelry are very enthusiastic about the toy.

As an added bonus, the pattern is 50% off during the month of February (Ravelry shop, Etsy shop) 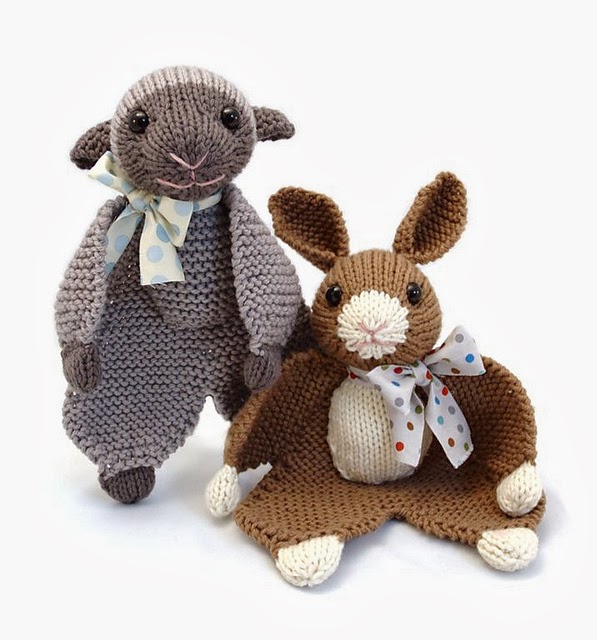 The Flat Foot Floogies are both quick and easy to knit, and the end result is always cute. There is a large variety of yarns that would work well for it, from inexpensive acrylic yarns, washable wools, organic cottons, to luxury yarns for an heirloom gift. While I've knit mine in neutral colours, bright colours work just as well (you could even coordinate it to your nursery). Although it may not seem as cuddly as my other toys, my boys adopted the two pattern samples as soon as I was done with the photos. For added interest, you can put a rattle insert in the head. If you're making the toy for a baby, and don't want to use safety eyes, you can either embroider eyes, or sew on felt eyes.

If anyone has questions about the pattern, just leave a comment below, and I will add my answer to the bottom of this post.
Posted by Barbara Prime at 11:38 a.m.