My original Squirrel knitting pattern came with a turtle-neck sweater, which was very simple - back and front knit the same, then sleeves picked up and knit straight. Boxy and plain, a bit awkward to sew together, and ill-fitting for the shape of the toy. But the Squirrel was one of my first patterns, and I had to start somewhere!

When I updated the pattern for my Festive Knits collection, I included overalls instead of the sweater, because I thought they looked much cuter, and they fit a lot better. I had always intended to publish the original turtle-neck sweater as a free pattern, but procrastinated because I was really not happy with the design. However, featuring the Squirrel pattern this month seemed like the perfect opportunity to update that poor sweater, and offer you a little something to dress-up your squirrels (and other toys).

While it looks similar to the original, this polo-neck pullover is completely new (hence the new name): it's knit in the round from the top down, and is completely seamless. The only sewing you need to do is weaving in ends, and closing some small holes under the arms. It knits up in under 2 hours, so you can make one in an evening, enjoying a good movie! The length of the body and arms is easy to adjust, so you can make it fit any of my various small toys. The estimate of 25 g of yarn is generous, so it's a good way to use up some left-over yarn.

I hope you enjoy this pattern, and maybe knit a little squirrel to go with it! 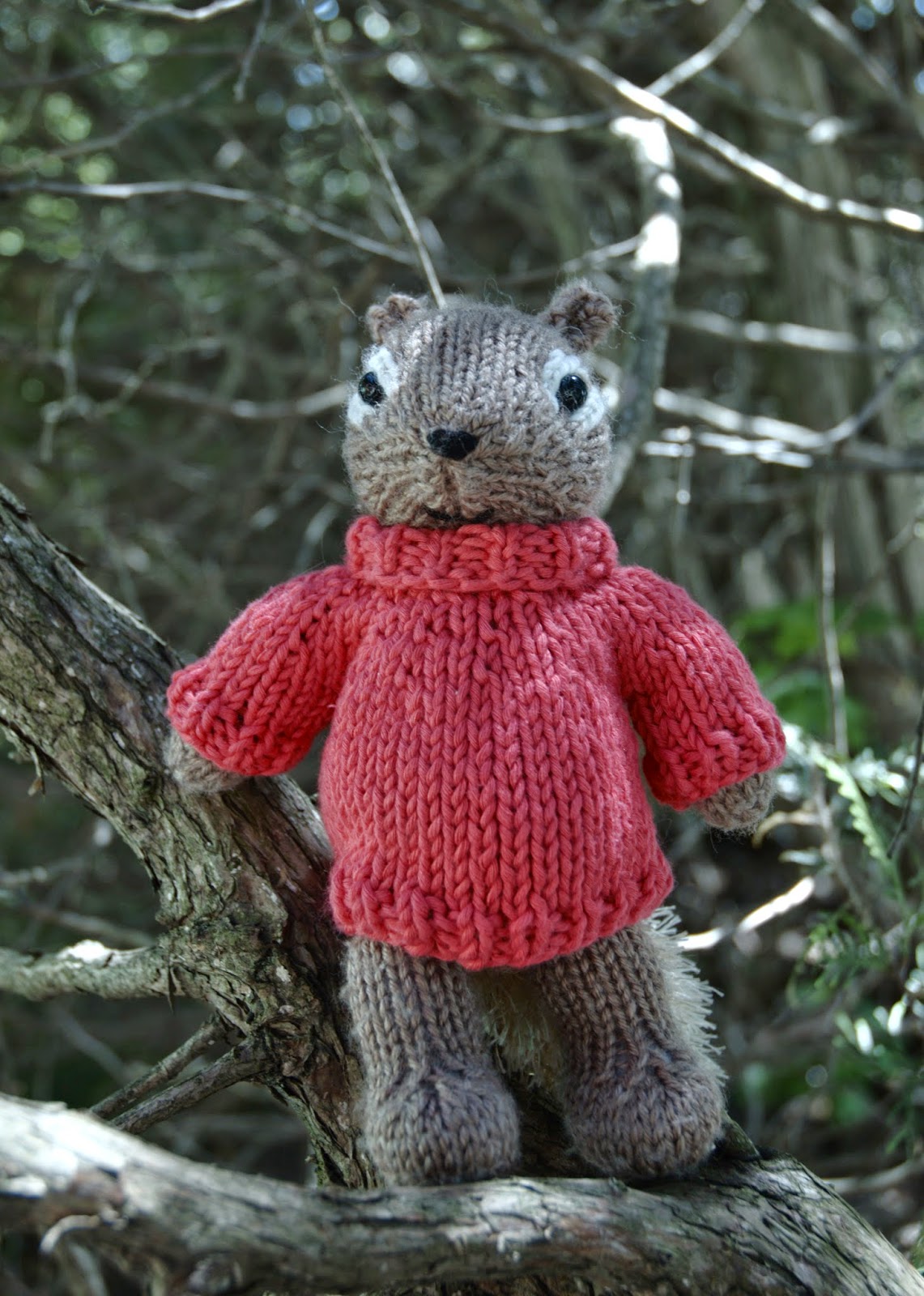 Sleeves (same for both sides)
Place sts for one sleeve on 3 of your dpns, distributing the sts as evenly as possible.
Begin at underarm.
Rnd 1-6(8): Knit 6(8) rnds. (adjust the length of the sleeves to fit your toy)
Next 2 rnds: [k1, p1] to end.
Bind off loosely in ribbing pattern.

Finishing
Weave in all yarn ends, making sure to close holes at the underarm. Block finished pullover. 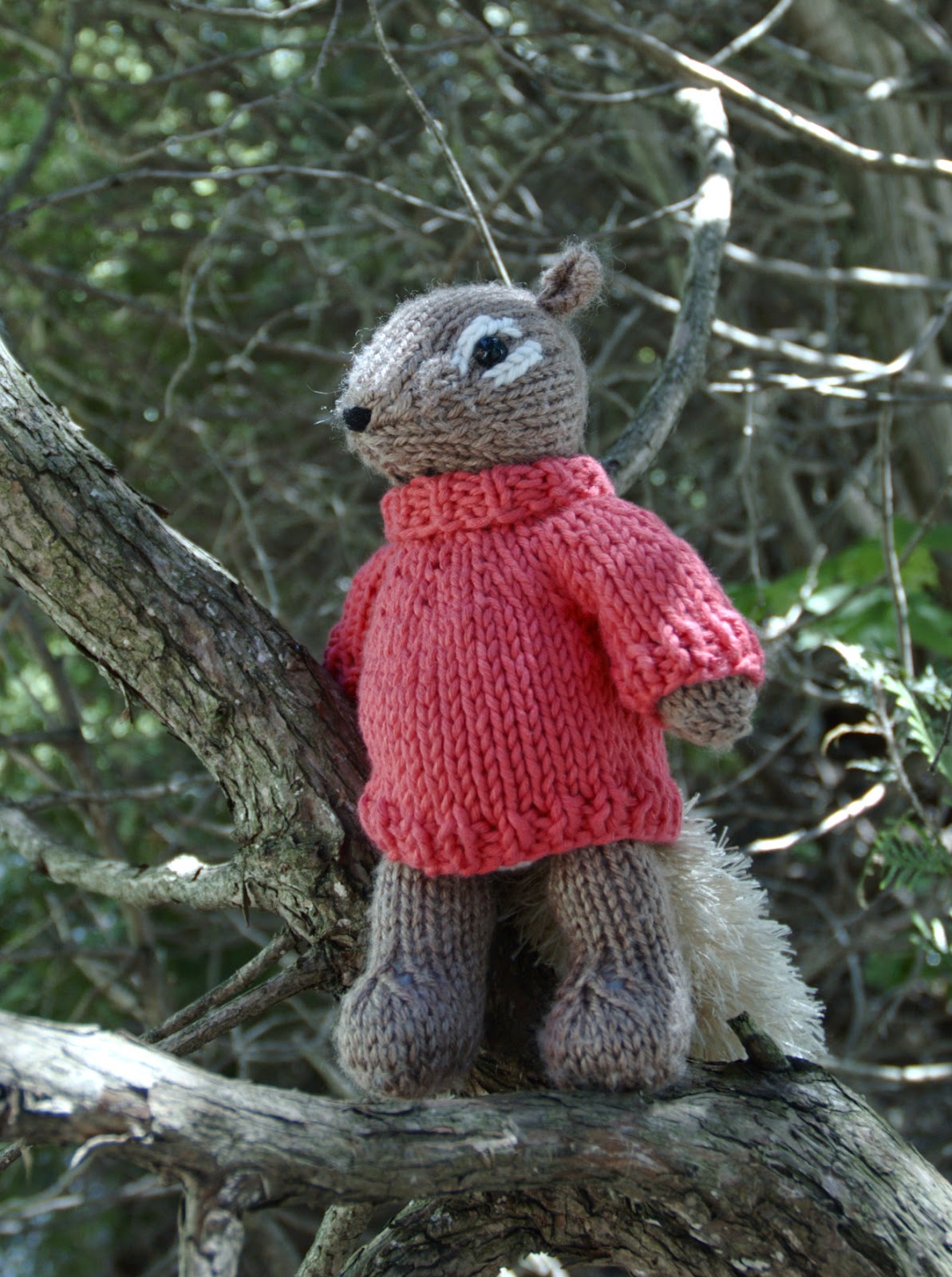 You may notice the toy is the Chipmunk, not the Squirrel. I didn't have a Squirrel toy to use in the photos.

Abbreviations
[ ] x N = repeat sequence in brackets N times ("to end" means to repeat until the end of the row)
CO = cast on
K or k = knit
m1 = increase 1 by picking up loop between stitch just worked and next stitch, and knit into the back of this loop
P or p = purl
Rnd = Round, or 1 row worked in the round
st or sts = stitch or stitches
st st = stockinette stitch

Thank you so much for this pattern. I'm about to cast on!

P.S. I've finished a polo-neck pullover, and it came out perfectly. Thank you again.

Just what I wanted. Thank you. I plan to knit the squirrel too.